Item-level only? A closer look at the REAL EU-FMD requirements

The feedback from pharma manufacturers about the GTT Europe network event was excellent – a number of seasoned serialisation conference goers were present and described the GTT as “excellent”, “very informative” and in one case describing the meeting as “a great event”.

Well, during the meeting a penny dropped! 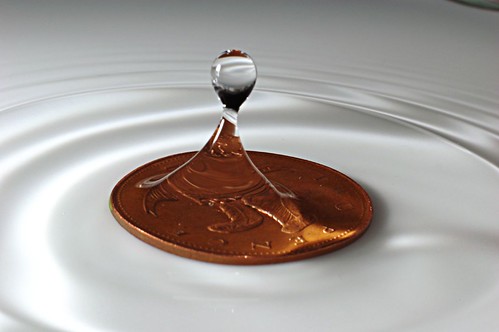 If the ‘penny has dropped’ it means someone has finally realised the situation they are in after possibly being unaware of it for a long time, depending on the situation.

The phrase dates back to the Victoria era and the popular penny-slot arcades. The penny would often stick halfway down the slot and the user would then have to either wait or give the machine a thump before the ‘penny finally dropped’ and they could begin playing.

Earlier in the meeting, the lively network discussion revealed that there was still the common understanding amongst many of those present that once the pharma manufacturer had applied the 2D code, shipped the pack and sent the data off to the appropriate regulatory authority, directly or via the hub in the case of Europe, the manufacturer’s job was done.

This limited understanding was quickly shattered once the size and nature of this challenge became clear. In particular, for MAHs where there are CMOs involved, the need to make an early start on understanding the state of readiness of your manufacturing partners was revealed as a major undertaking. We heard from Merck Serono about the challenges they are facing with roughly 50% of their CMOs considered to be at-risk of not complying in time.

The presentations of PCI and Recipharm at the meeting, two leading CMOs, revealed that the reverse is also true – if your MAH clients are not up to speed with the requirements, urgent steps need to be taken to secure their business.

And then the penny dropped…

A key feature of our approach is to take a holistic view of the end to end serialization challenge, and we were able show the end to end journey of the pack using the GS1 Healthcare demonstration suite: this was when the penny really dropped. We had started our live demonstration in the hospital setting by scanning patient wrist bands and medicines to ensure that the right medicine was dispensed to the right patient by a suitably authorised person, and here we saw the first glimpse of the frustrations of having packs of medicines that do not scan first time, or even at all!

Working back up the supply chain we moved to the pharmacy and once again we hit the problem of packs not scanning. Multiple packs were tried until one finally worked and we were able to dispense the pack.

“But what happens to the packs that didn’t scan – and what went wrong?” was the question raised by a representative of one of the virtual pharmas present.

Well, the answer to the first part of the question is that the pack that didn’t scan was replaced by a pack that did scan, hopefully the same brand, but where the pharmacist has the authority to switch to an alternative brand that does read reliably, then this is a likely outcome. The “bad pack” would then start its return journey, along with an alert from the national system, potentially all the way back to the manufacturer. What the pharma manufacturer would do next of course is another question however reimbursement for the bad pack(s) is certain.  It is clear that there are many pieces to this jigsaw that still need to put in place and Excellis has been working with many pharma manufacturers and 3PLs in the supply chain area developing these new use cases.

The answer to the second part of the question is that there are any number of possible causes for codes not to read – the pack could be counterfeit of course in which case the system is doing its job, but the pharma manufacturer getting a readable code on the pack and into the national system in the first instance is only the start of a long story. That code has to remain readable throughout its journey to the pharmacy, and readable by whatever device in whoever’s hands it encounters along the way.

Another GTT  network member was able to relate the experience from Turkey where, in the early days of roll out, there were many packs that did not scan and there was an extended period where pharma manufacturers had to field significant numbers of returns.

These are just some of the topics that every stakeholder needs to engage with as they are getting their head round the challenge that serialisation readiness presents and the GTT Europe event was the perfect forum for these issues to emerge and be explored in an open and non-commercial setting.

What is clear is that printing the serial number on all your packs is just one part of the task, and unless you consider the wider scope and put the right processes in place, your job is only partly done.

Pick the penny up with 3C Excellis Europe and GTT Europe

Contact 3C Excellis Europe and GTT Europe at info@globaltrackandtrace.eu if you would like to find out how to pick the penny up and receive a download link to the presentations from GTT Europe.

Tweet your traceability challenges to @3CExcellis for the latest advice and serialization best practice from Christoph, Ian and the 3C team.